A thief for all seasons: Not even Covid-19 will stop the corrupt 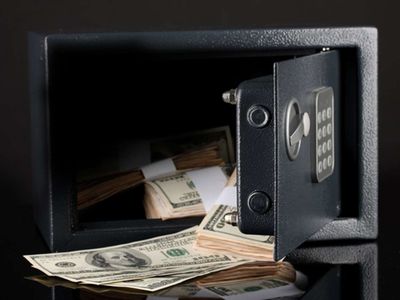 In a leaked letter to the prime minister, he accused Cabinet members of receiving kickbacks on contracts for the coronavirus response, while health workers went unpaid for months. He said Covid-19 funds are being embezzled by a “mafia network”, which are taking kickbacks of up to 35 percent off contracts for virus supplies.

Biyombo might also have a death wish. Remember in that same DRC, in May Judge Raphael Yanyi, who was presiding over the corruption trial of President Felix Tshisekedi’s chief of staff Vital Kamerhe, died suddenly of a “heart attack”. Kamerhe has since been found guilty and sentenced to 20 years’ hard labour on charges of embezzling almost $50 million.

Turns out, Judge Yanyi didn’t die of a heart attack, after all. He died of stab wounds to the head. When $50 million is at stake, things like that happen in DRC – and many other countries. DRC is not alone.

Zambia’s Health Minister Chitalu Chilufya was arrested last month on suspicion of corruption after he suddenly came into a lot of money and went on a property buying spree.

Zimbabwean Health Minister Obadiah Moyo had his snout deep into a $60 million Covid-19 contract scandal, and just got fired by President Emmerson Mnangagwa. You know it’s bad if Mnangagwa, like Robert Mugabe before him, fires someone for corruption.

In Uganda, several officials were jailed over coronavirus supplies theft. Not too long ago, in Kenya the hashtag #MoneyHeist trended on Twitter for days, after a parliamentary committee sniffed high corruption in the use of KSh1.3 billion ($12.2 million), a big chunk of it donated by the World Bank for the fight against the pandemic.

Where big money goes, corruption usually follows, so perhaps it is not surprising that the Covid-19 bounty is attracting crooks. What is surprising is that even in the face of a pandemic that has taken so many lives, ruined millions of livelihoods, and set back the progress of most of our countries by decades, the corrupt aren’t able to draw a line and say, “no, this we will not steal”.

For that reason, coronavirus-related corruption is a barometer of just how deep the rot runs in our governing structures, and how broken public morality is. It also raises the question of whether anything is left that is so sacrosanct the corrupt will not touch, or would wish to but are too afraid.

Our corrupt don’t even fear God, perhaps only the wrath of the president. They wouldn’t steal from the president’s pot, or would they? Ask Uganda’s President Yoweri Museveni. The biggest pot every five years in Uganda is Museveni’s re-election war chest. At the last election, word is that it was plundered by his minions so much, to save his campaign, in the last stretch he literally had to keep the money under his mattress at State House. So, the corrupt have nothing left that they fear.

Former Chelsea boss Sarri says he had to tiptoe his way into Juventus : The standard Sports

ULIMWENGU: Mkapa, the man who loved the Queen’s...

Goodbye Mkapa … your presidency was quiet and...

How many deaths before we cover Covid-19 in...

Art of presidential death: Step down or accept...

Saba Saba was about democracy; not this impunity,...

Dar’s ‘small’ election, where chickens of the first...

In precarious times, you are master of your...

Is a middle ground possible between politics and...

If you haven’t already, create a personal brand...

‘My girlfriend was crazy…’ Willis Raburu reminisces about...