This is after the Capital Group-owned, urban music radio station witnessed a mass exodus of its presenters in the last couple of months.

However, an announcement Amina has since kept under wraps.

At Capital FM, she has been working with renowned media personality Fareed Khimani for their morning show where she has been missing for the last one month. 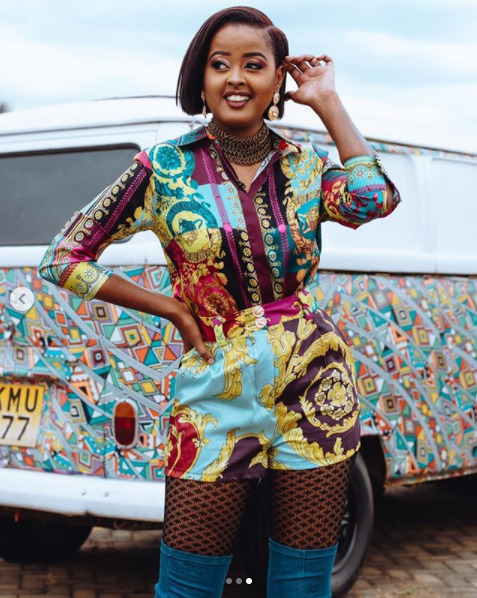 Fareed indicated that a new co-host will be joining him soon, but meanwhile, runs the morning show solo.

“Amina Abdi will not be returning and I will be joined soon by a new co-host. She has gone to do big and better things,” he spilled.

The last time the fashion fanatic was spotted at the station was late September 2020, hosting the morning show with her co-host Fareed and that was it.

It has been barely a month since another presenter at the station walked away, with a couple more top talents exiting in the last few years including Miano Muchiri, Anta Nderu, Susan Wong, among others.

The fashionable beauty is however yet to come clean on the reports that are now going viral.

Meanwhile, her social media pages, have nothing to do with her time at Capital FM, having pulled down her posts while there, focusing more on her time at NTV’s The Trend.

There you have it!

Business owners appeal for eviction of traders along Jogoo Road

‘I painfully watched what Mugo wa Wairimu did to women,’ Dennis Okari speaks

“I trusted too much,” Tanasha Donna opens up...

Mothers to 6 prominent celebrities who are aging...

“What crime did my son commit to be...

“I prayed to serve God but he instead...

Shift to solar use wake-up call for Kenya...