Evans Kakai, the UDA candidate in the race to replace the departed James Lusweti as Kabuchai MP has issued a stern warning to Ford Kenya officials for causing disorder at the polling station. 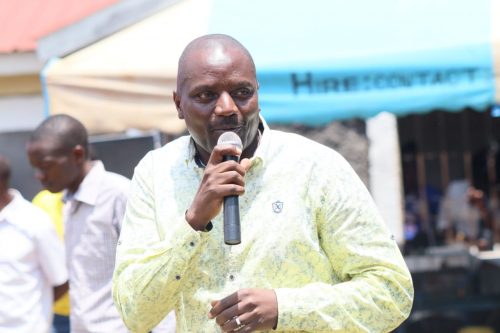 Kakai, who was speaking on KTN news hinted that the UDA supporters were bound to hit back if the hoodlums of Ford Kenya party headed by Moses Wetang’ula continue oppressing them.

This comes in the wake of a vehicle belonging to Kakai was bombarded and  demolished with stones at Mukhweya, Kabuchai by suspected Ford Kenya supporters.

UDA has been alleged to be bribing voters thus prompting Ford Kenya to torment them. They have, however, refuted the claims arguing that it is indeed the Ford Kenya people that are perpetuating voter-inducement.